Do not foget the Vada Dasturji's public lecture tomorrow .Why "Acceptance" (Conversion) is not acceptable will be explained 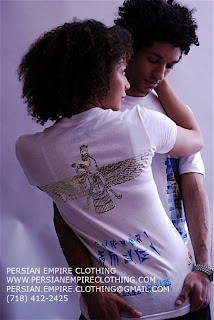 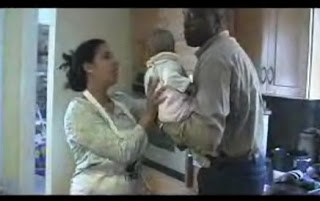 ---------- Forwarded message ----------
From: TZML Admins
Date: Thu, Feb 14, 2008 at 7:18 PM
Subject: Do not foget the Vada Dasturji's public lecture tomorrow .Why
"Acceptance" (Conversion) is not acceptable will be explained
To: TZML <TraditionalZarathushtris@yahoogroups.com>

tomorrow on Friday, 15th Feb, our Vada Dasturjis and Ervad Sahebs will
be speaking on correcting the mis-truths spread by Kersey Antia and
ARZ.

Please attend the lecture and give your full support to the Dasturjis
and Ervad Sahebs and the organisers of this meet.

It is important that as a community we stay united instead of being
trapped by all this mumbo-jumbo by some misguided members of our
community who have been repeatedly told that "the only 'conversion'
mentioned in the Gathas is conversion of one's evil mentality and
vices into good mentality and virtues". ARZ have also been told by
honest scholars of Zoroastrianism that "each person is born within a
religion predestined before birth and one is not to convert one's
religion in one's life time".

But ARZ will not listen to sane advice since their (main) agenda is to
make intermarried children part of our community in a mis-guided and
naive way to increase the community population. ARZ have teamed with
AIMZ, which stands for Association of Intermarried Zoroastrians, and
one need not say anything further. You make your own conclusions.

ARZ have also sent their lop-sided interview conducted in Jame to none
other than Ali Jafarey, a Muslim from Pakistan now settled in USA, and
who has made it a business to "convert" Irani Muslims, Christians,
Catholics, Venezuelans, Latinos, Brazilians and any and every one who
will pay the fees. (see enclosed picture).

Some of you may not be aware that a few years ago Jafarey registered
himself as a "Zoroastrian priest". And it was a Jafarey supporter who
maligned our holy Nirang and called it "bull-piss'. Such is their lack
of understanding of the majestic Zoroastrian religion.

We have also included a screen-shot from the documentary of Tenaz
Dubash which was featured after the talk of Antia on 2nd Feb. That
documentary talks to intermarried couples, but we know from our Holy
Vendidad, the Husparam Nask, the Patet Pashemani etc and also from the
Vada Dasturjis that intermarriage of any kind (male or female) is not
sanctioned by the Zarathushti religion. (see enclosed picture)

So much for ARZ's religious links. We have shown you their alliances
and now you make up your own mind as to how this group is set to ruin
our community, our traditions and tenets which have allowed it to
survive for more than a thousand years in India.

The only solution from all this madness and mayhem is to return to the
path of marrying within the community only.

This applies to both males and females. Males do not get any leeway
here, they are bound by the same rules as females.

And children of both male and intermarried Parsis are not Zarathushtis.

This should be the stance we all traditional minded people should take
and that will keep us united and ethnically strong. Never mind the
current small numbers, the numbers will swell up when the right time
in Nature comes for such an event.

Meanwhile lets do our best, be faithful to our religion and its
tenets, and nothing nor anybody - ARZ, Antia or Ali - can cause any
harm. Let them splash their false messages in expensive tabloids,
after some time Nature will take its own course, and these people will
be shown the true path by Ahura Mazda Himself.

Those who can must attend the public lecture at the Framji Cawasjee
Institute at Dhobi Talao, Mumbai.

Below is reproduced the itinerary of the public talk.

please see below and also the attachment)

Our learned Dasturjis and Religious Scholar Priests will give a
public rebuttal against Acceptance/Conversi on in Zoroastrianism.

Buses will be available from:

Buses will not be able to make long halts for pick ups.

Light refreshments will be provided.

Posted by Deen Parast at Thursday, February 14, 2008 No comments: