Remove thirst of some Indian families

Happy Diwali. If any of you are interested in removing the thirst of
some Indian families, here are the details.
You can pay directly by NEFT in India and all it takes is Rs5000 for a
bore well. See below for the
account details of the NGO.

This is considered a good act in all religions - be it Hinduism,
Islam, Christianity, Judaism or
Zoroastrianism. See below for the details. Please forward to your own
friends and family.

Mother Teresa said in one of her talks:
On the last day, Jesus will say to those on His right hand, "Come,
enter the Kingdom. For I was hungry and you gave me food, I was
thirsty and you gave me drink, I was sick and you visited me." Then
Jesus will turn to those on His left hand and say, "Depart from me
because I was hungry and you did not feed me, I was thirsty and you
did not give me to drink, I was sick and you did not visit me." These
will ask Him, "When did we see You hungry, or thirsty or sick and did
not come to Your help?" And Jesus will answer them, "Whatever you
neglected to do unto one of these least of these, you neglected to do
unto Me!" 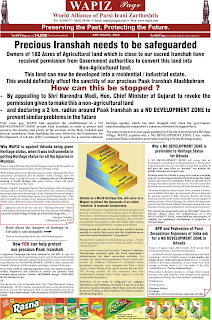 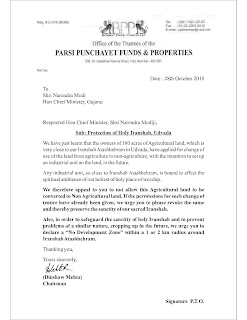 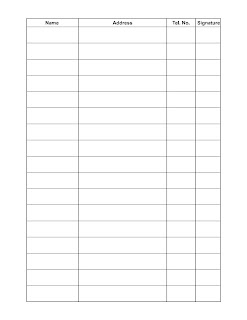 IRANSHAH NEEDS YOU TO ACT NOW!

Please view the attachments and participate in the signature campaign.

The letters for preserving the environs of Udvada to protect the
sanctity of Iranshah need to be sent to the following addresses either
by post, fax or email:

Posted by Deen Parast at Saturday, October 30, 2010 No comments:

Vote for a 29-year old True Indian Hero on CNN

Vote on CNN for a true Indian Hero 29-year old Narayanan Krishnan here :
http://heroes.cnn.com/vote.aspx
He has provided more than 1.2 million hot meals through his nonprofit
organization Akshaya Trust, and now hopes to extend this to shelter
for the homeless too.


Please forward this to your friends too, its a good cause.

New Delhi:  If you had not heard of Narayanan Krishnan, as I had not,
it is a collective failure. This is one of the most incredible stories
of personal commitment.

Narayanan Krishnan, all of 29 years old now, does what he was
professionally trained to do as a chef. Feed people. Only Krishnan
does not do this in the swanky confines of a 5-star hotel. Every day,
he wakes up at 4 am, cooks a simple hot meal and then, along with his
team, loads it in a van and travels about 200 km feeding the homeless
in Madurai , Tamil Nadu.
Krishnan feeds, often with his hands, almost 400 destitute people
every day. And for those who need it, he provides a free haircut too.

According to CNN, eight years ago, this award-winning chef with a
five-star hotel chain was all set to go to Switzerland for a
high-profile posting. On a visit to a Madurai temple, he came across a
homeless, old man eating his own human waste. That stark sight changed
Krishnan's life.


Much to the dismay of his parents, CNN says, Krishnan abandoned his
career plans and decided to spend his life and his professional
training in looking after those who could not care for themselves. He
has provided more than 1.2 million hot meals through his nonprofit
organization Akshaya Trust, and now hopes to extend this to shelter
for the homeless too.

Krishnan is the only Indian in a list of 10 heroes that CNN has picked
worldwide to honor. One of them will be chosen CNN Hero of the Year,
selected by the public through an online poll. If many Indians get
together to vote for this inspiring man, he can win by a long mile.

If Krishnan wins he will get $100,000 in addition to the $25,000 that
he gets for being shortlisted for the Top 10. Akshaya Trust needs all
the monetary support it can get to build on Krishnan's dream. Let's
help him get there.

Vote for Krishnan here : http://heroes.cnn.com/vote.aspx
The poll continues through November 18 at 6 a.m. ET.

Posted by Deen Parast at Saturday, October 23, 2010 No comments:

Posted by Deen Parast at Saturday, October 23, 2010 No comments: